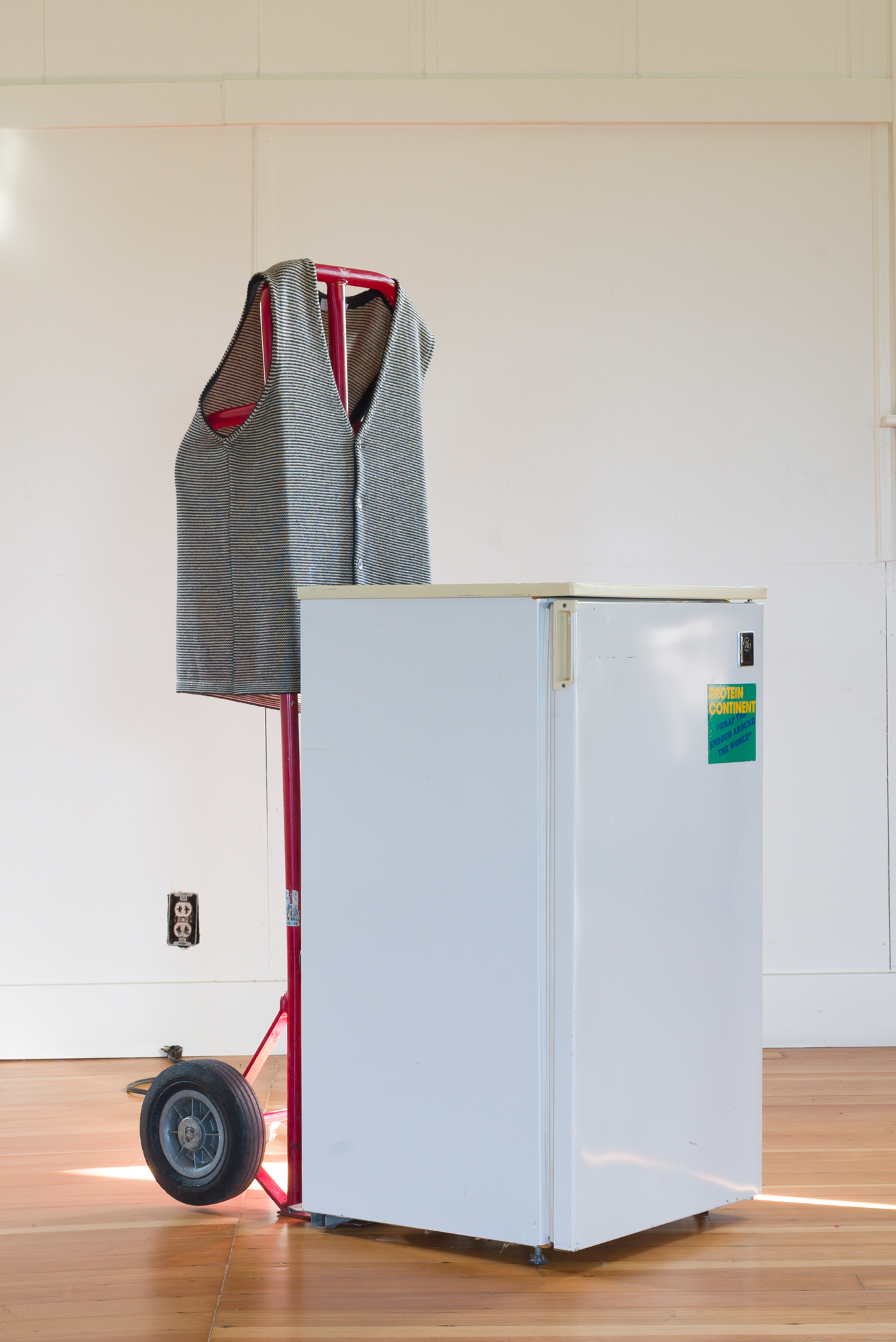 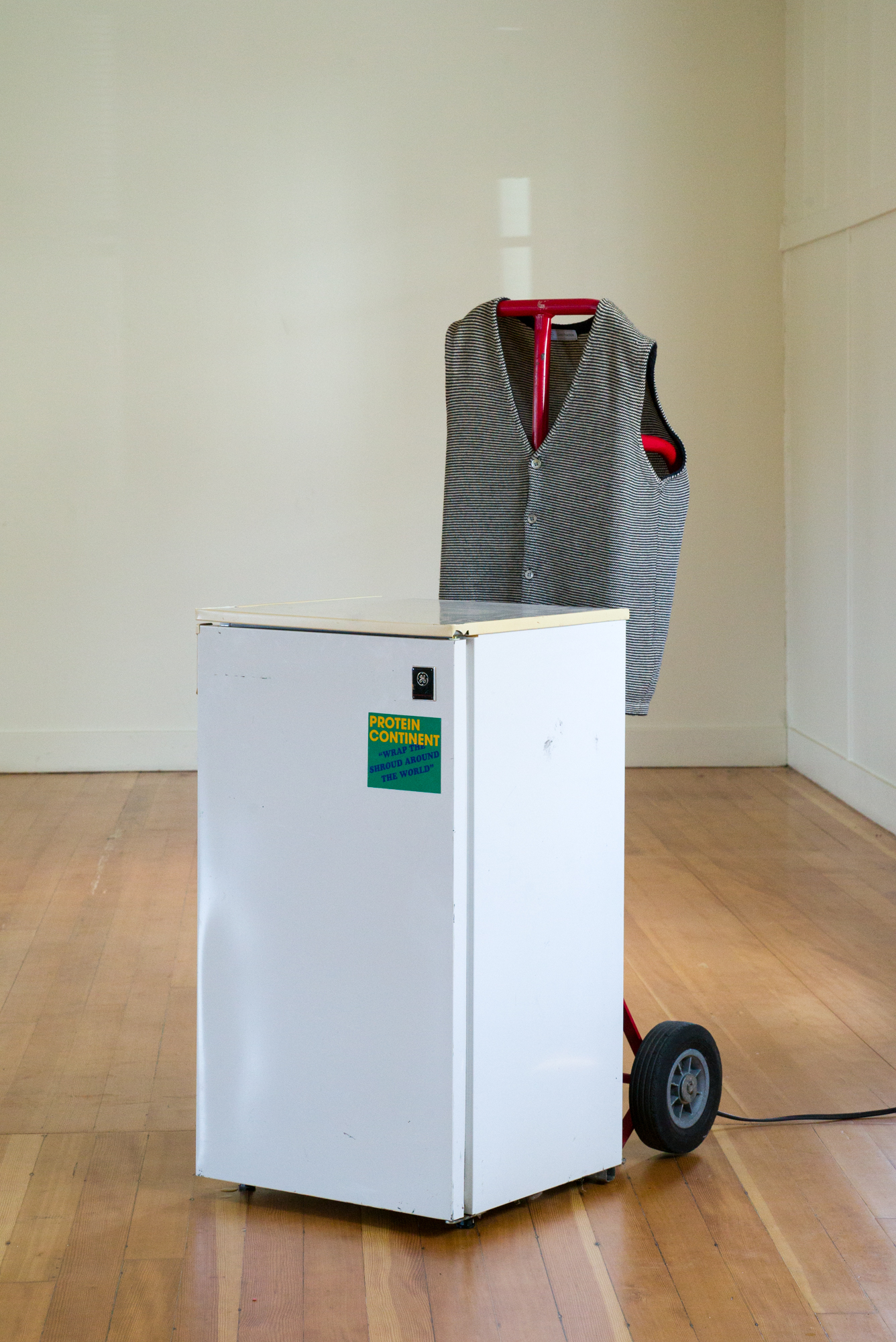 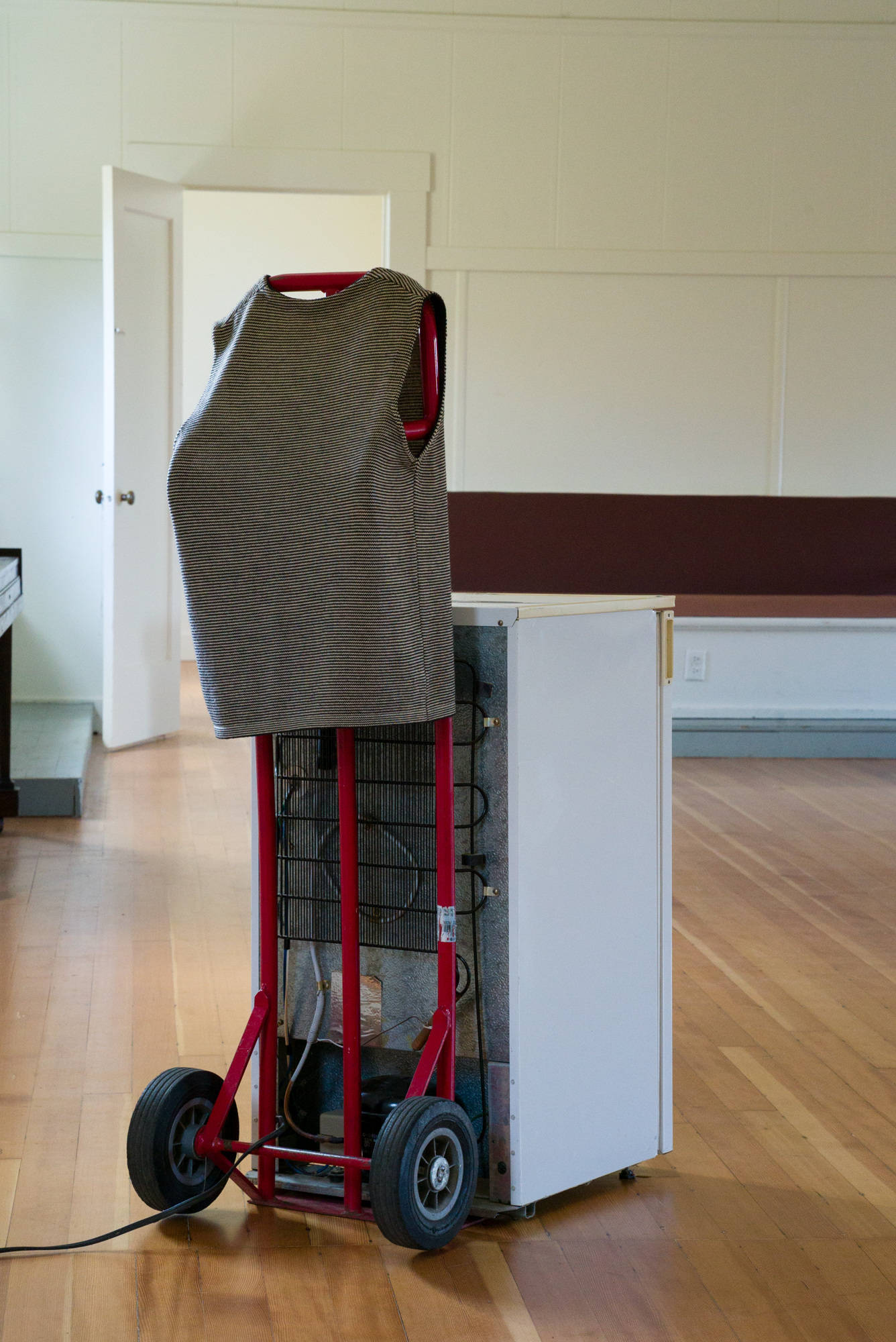 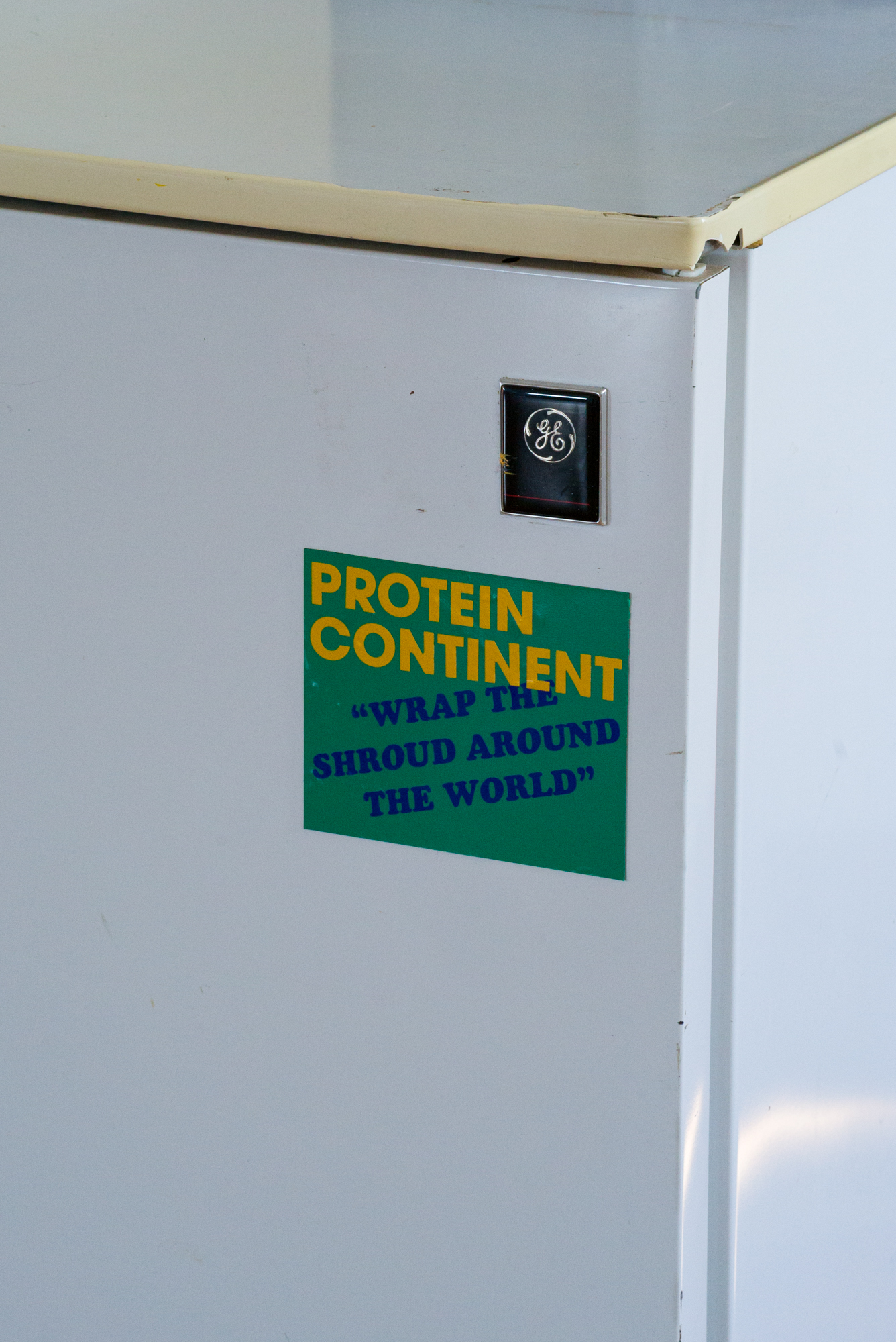 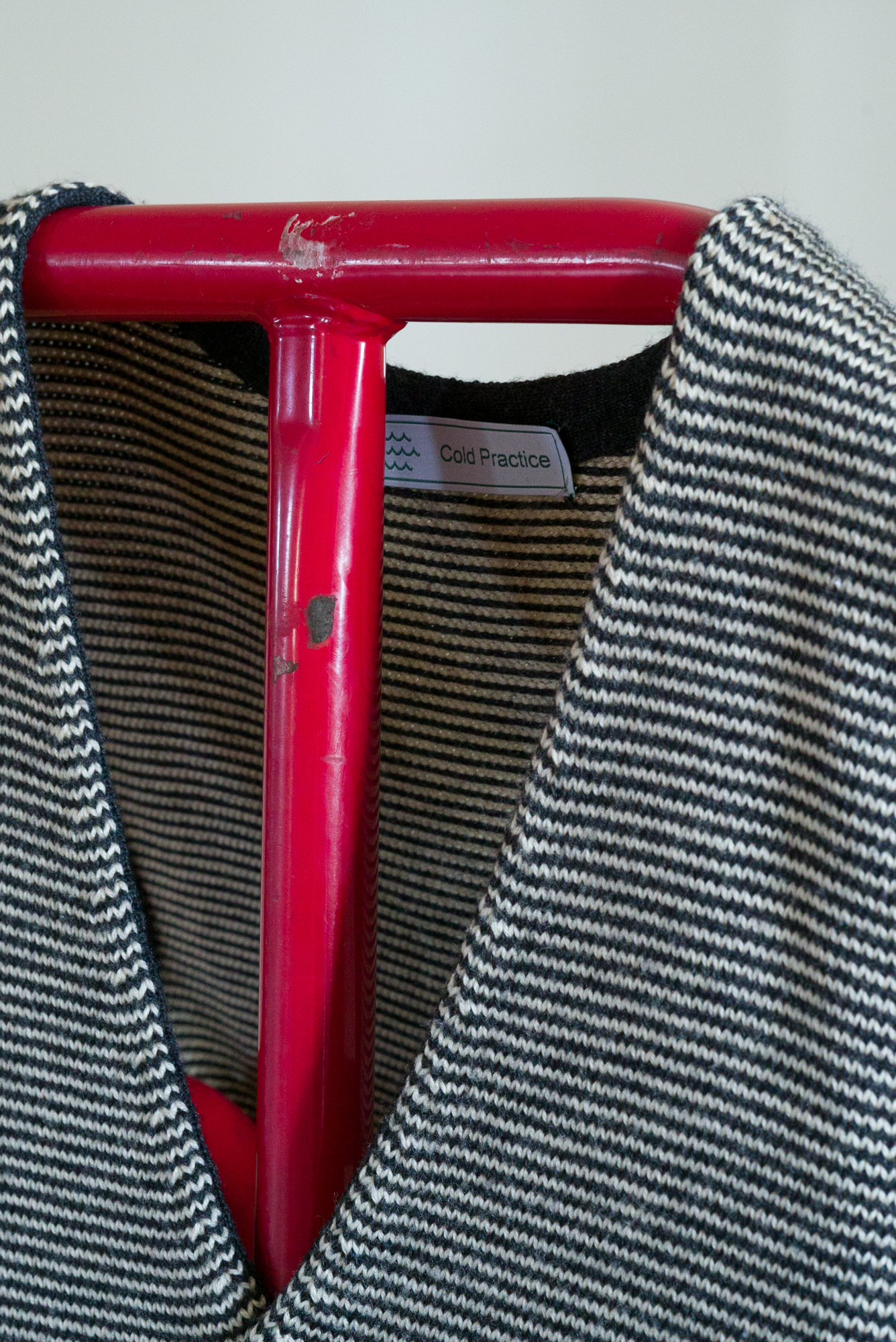 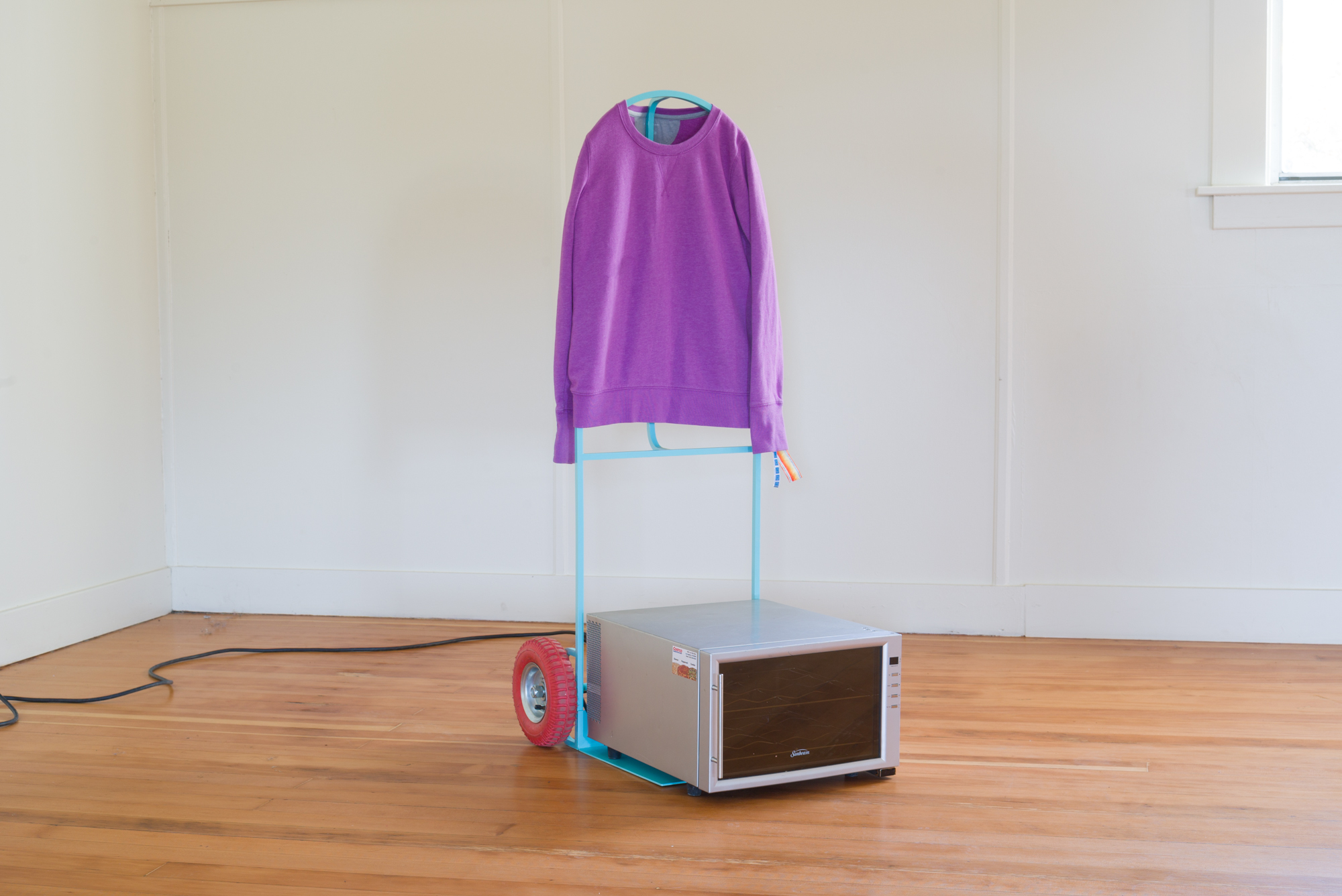 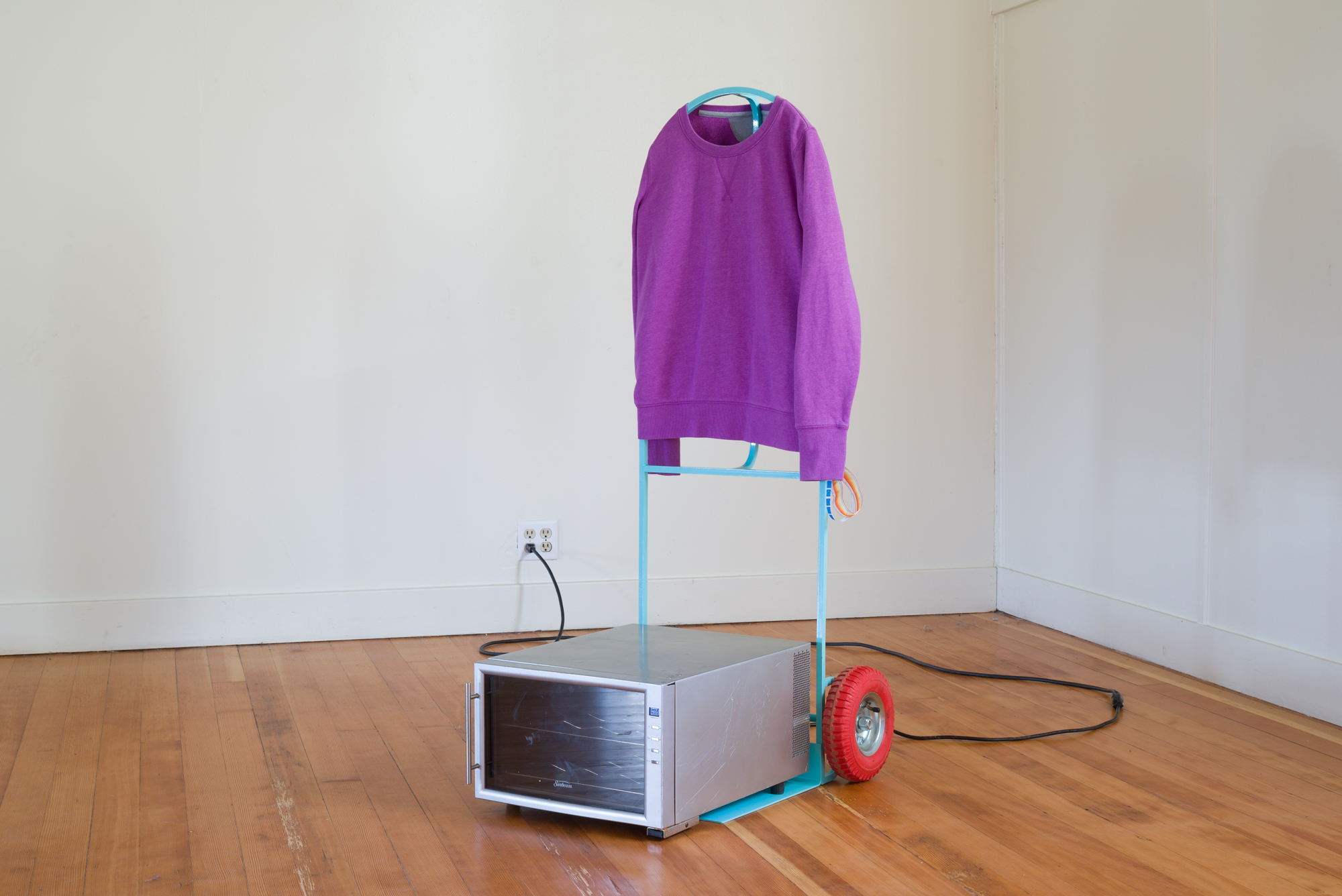 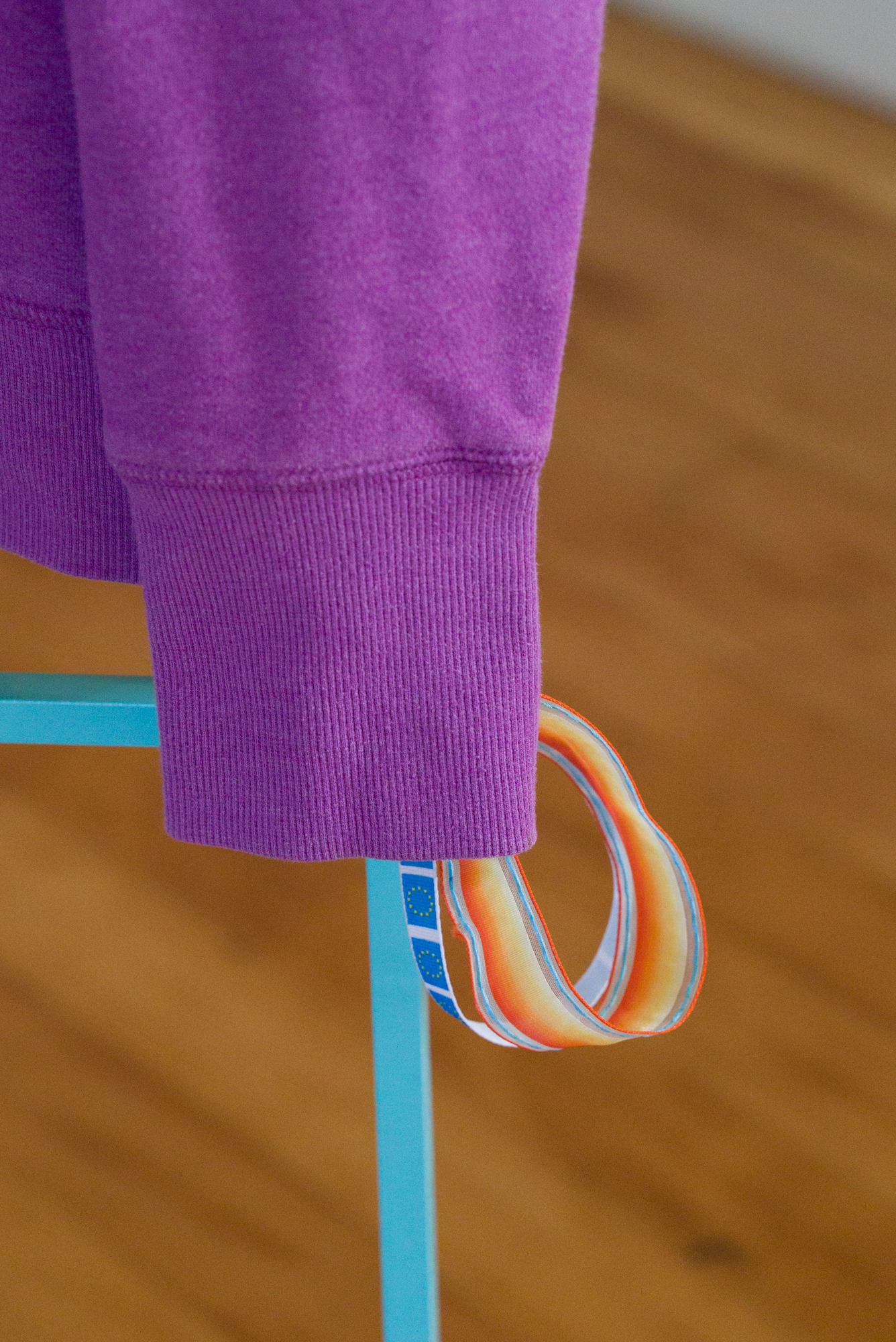 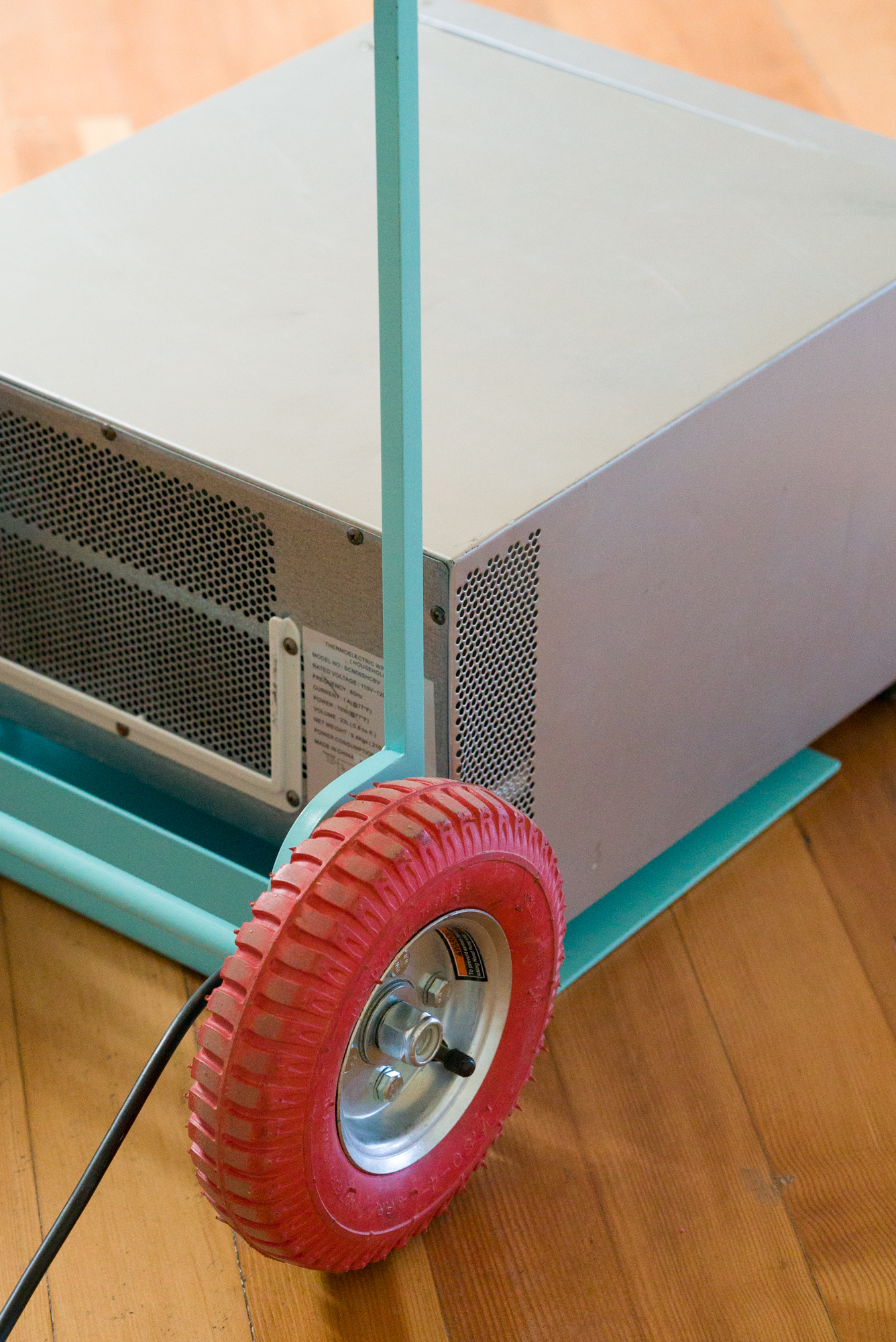 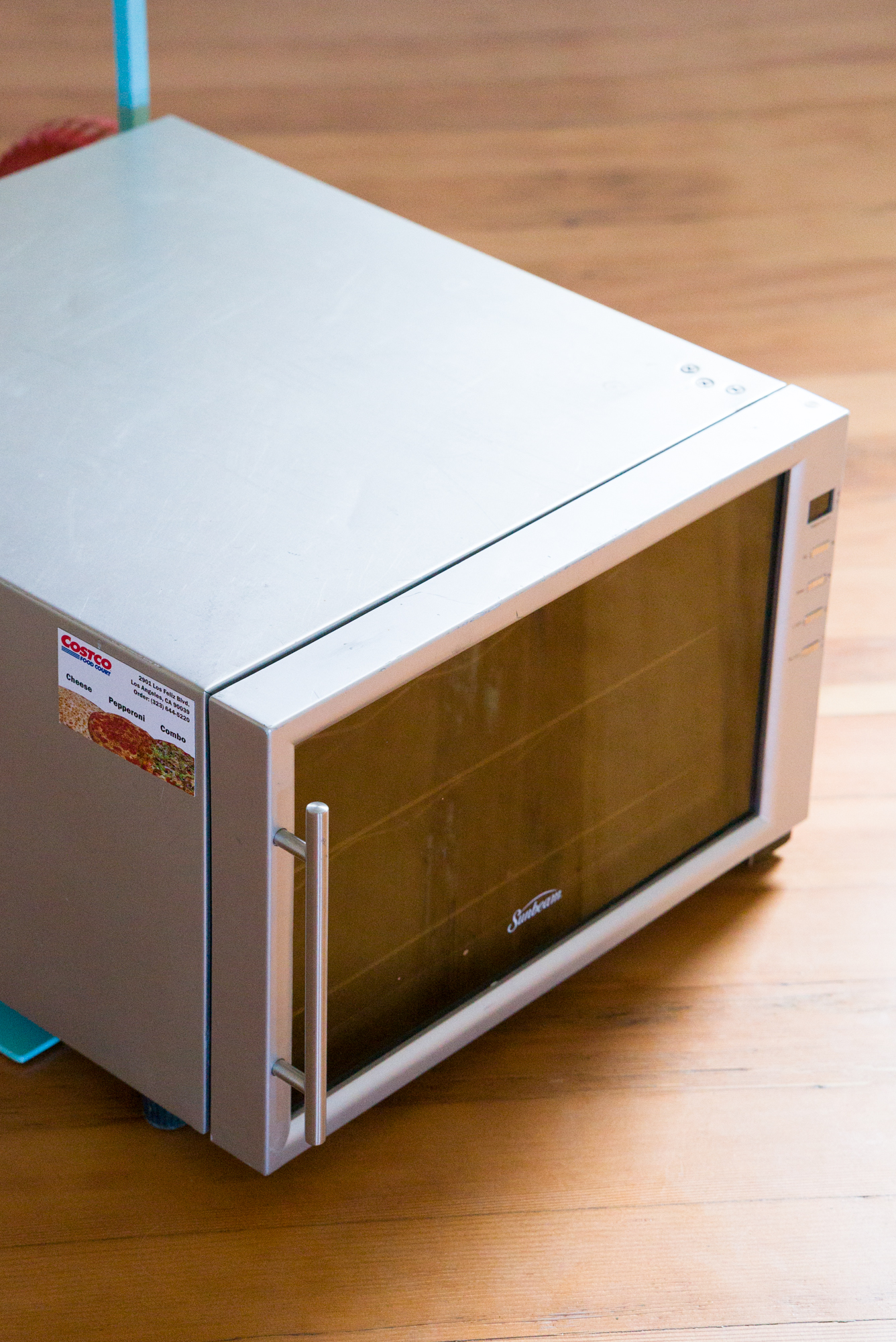 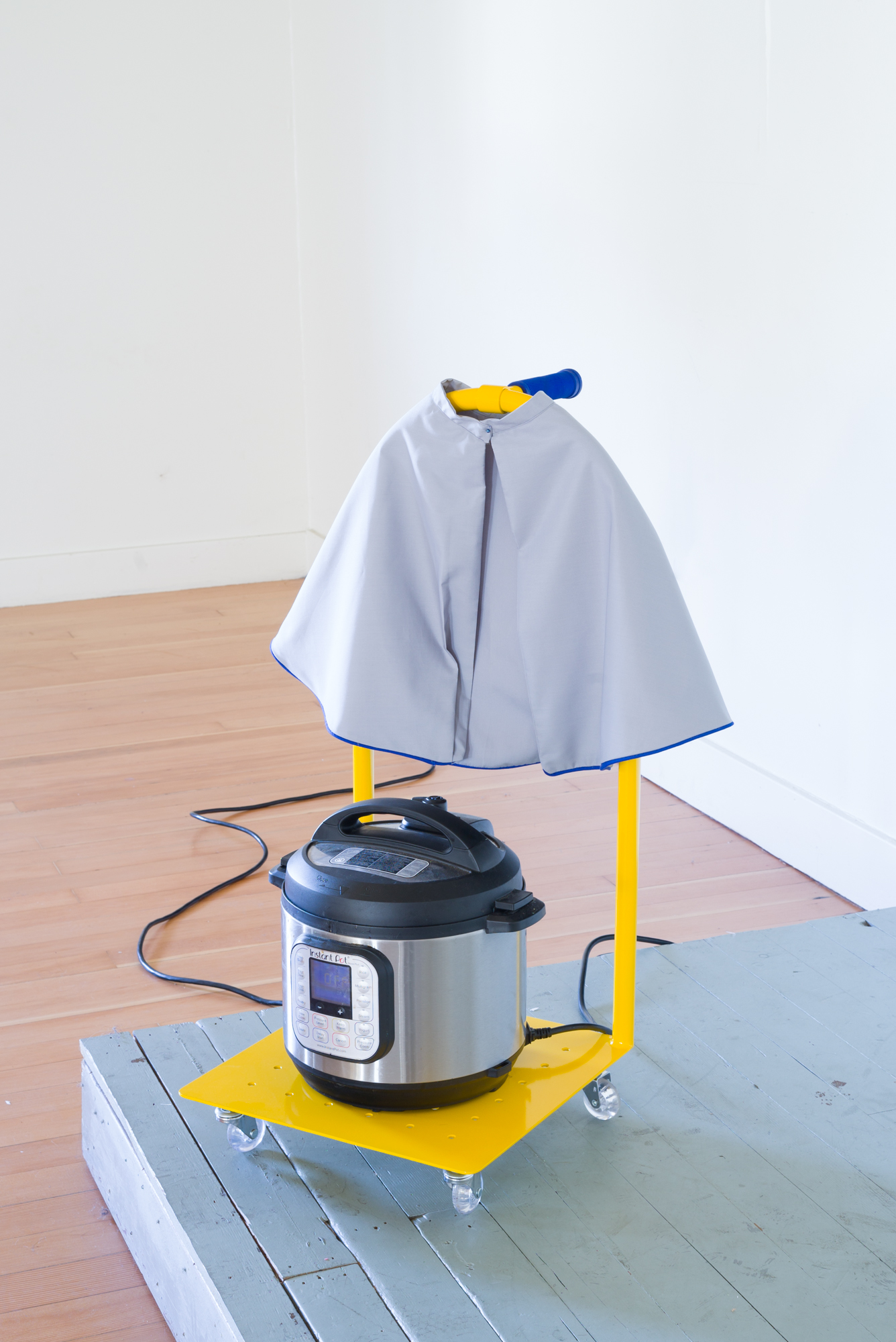 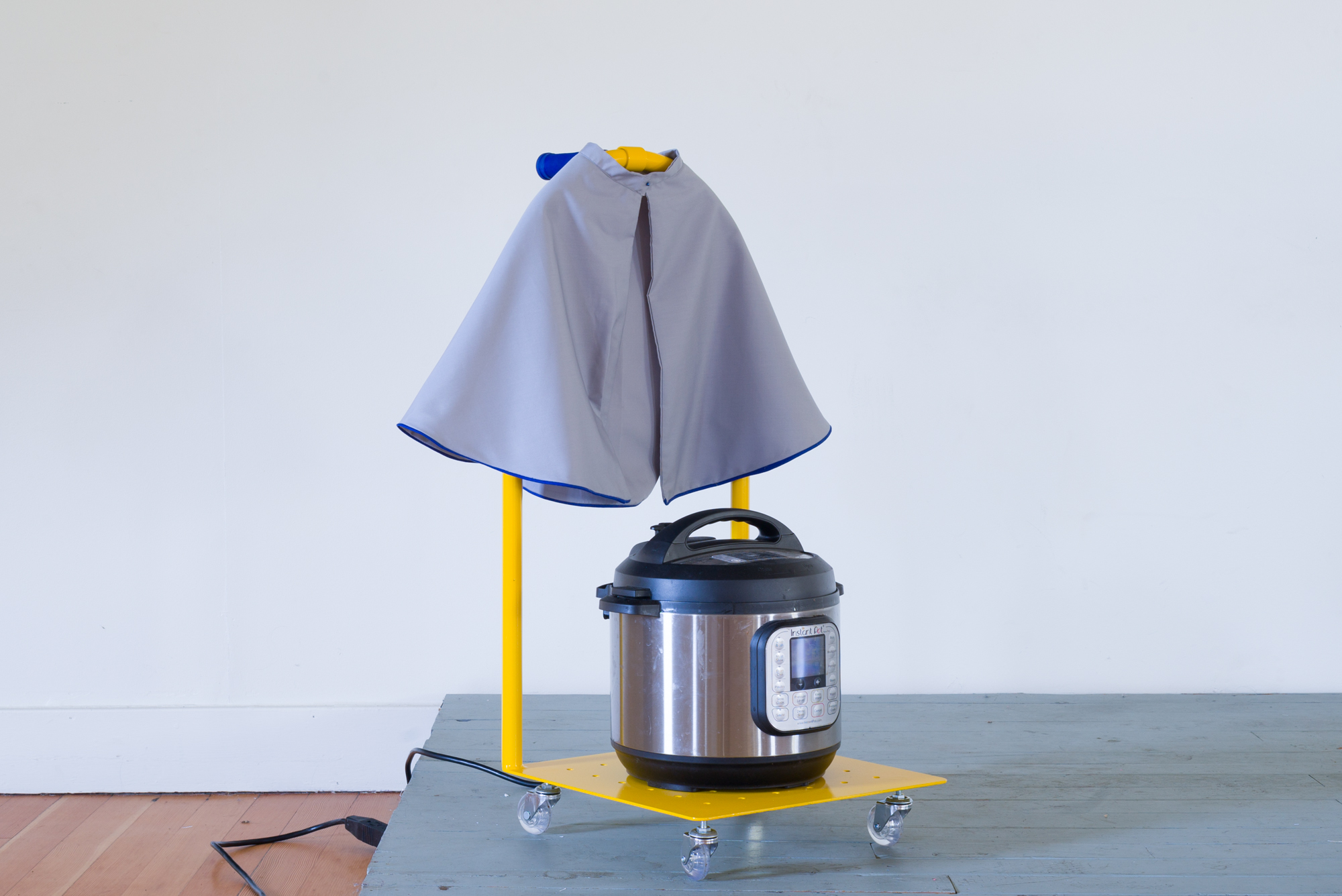 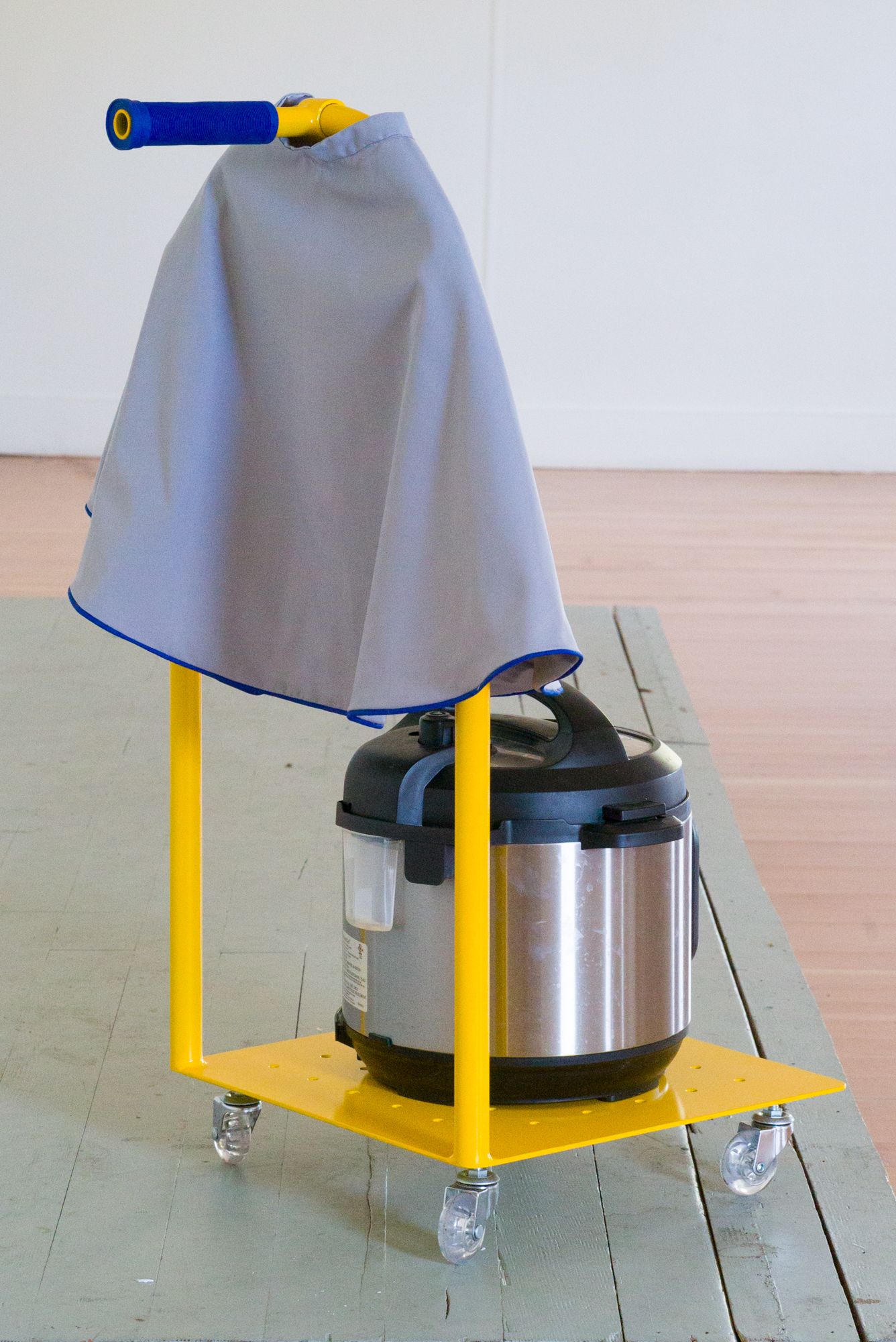 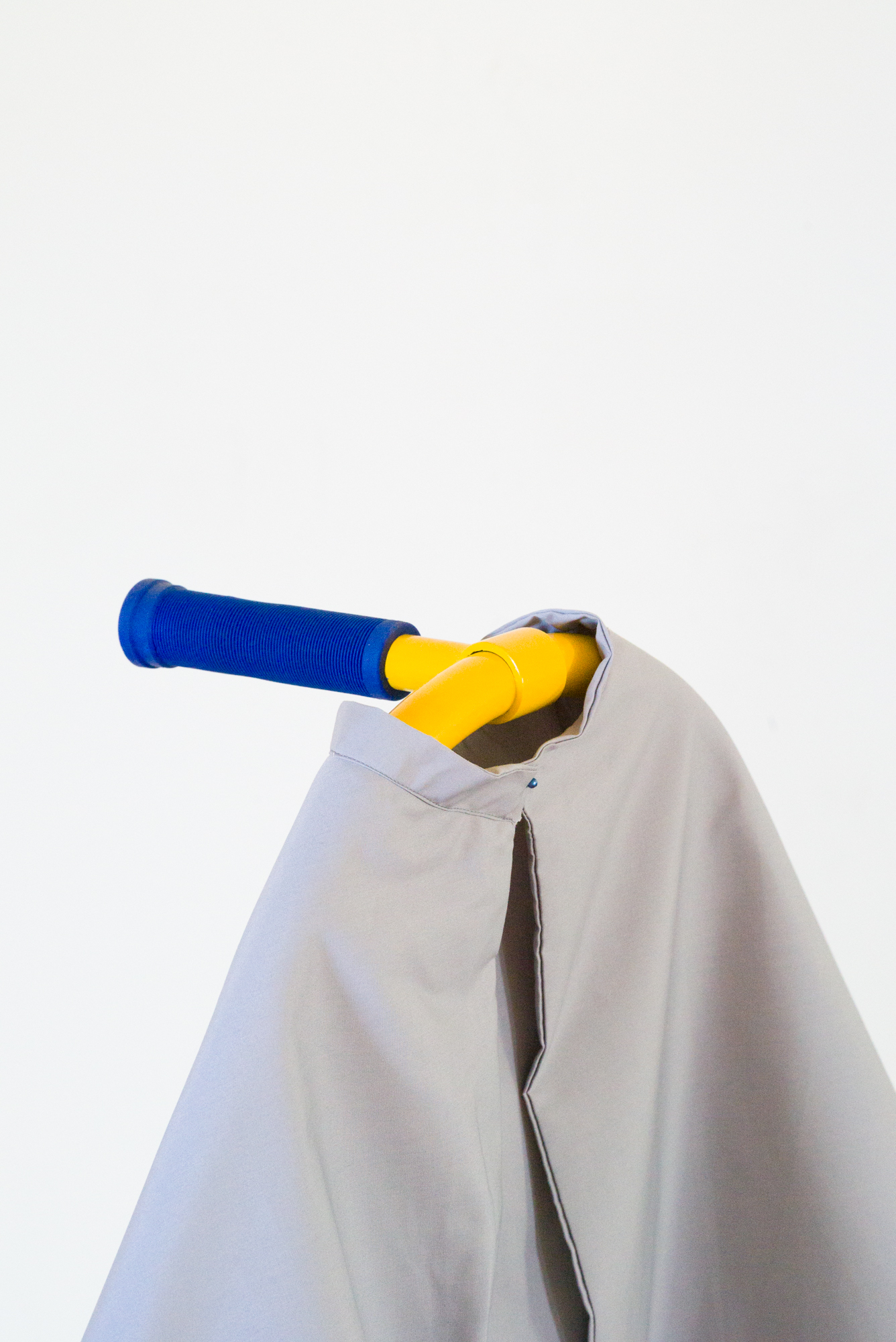 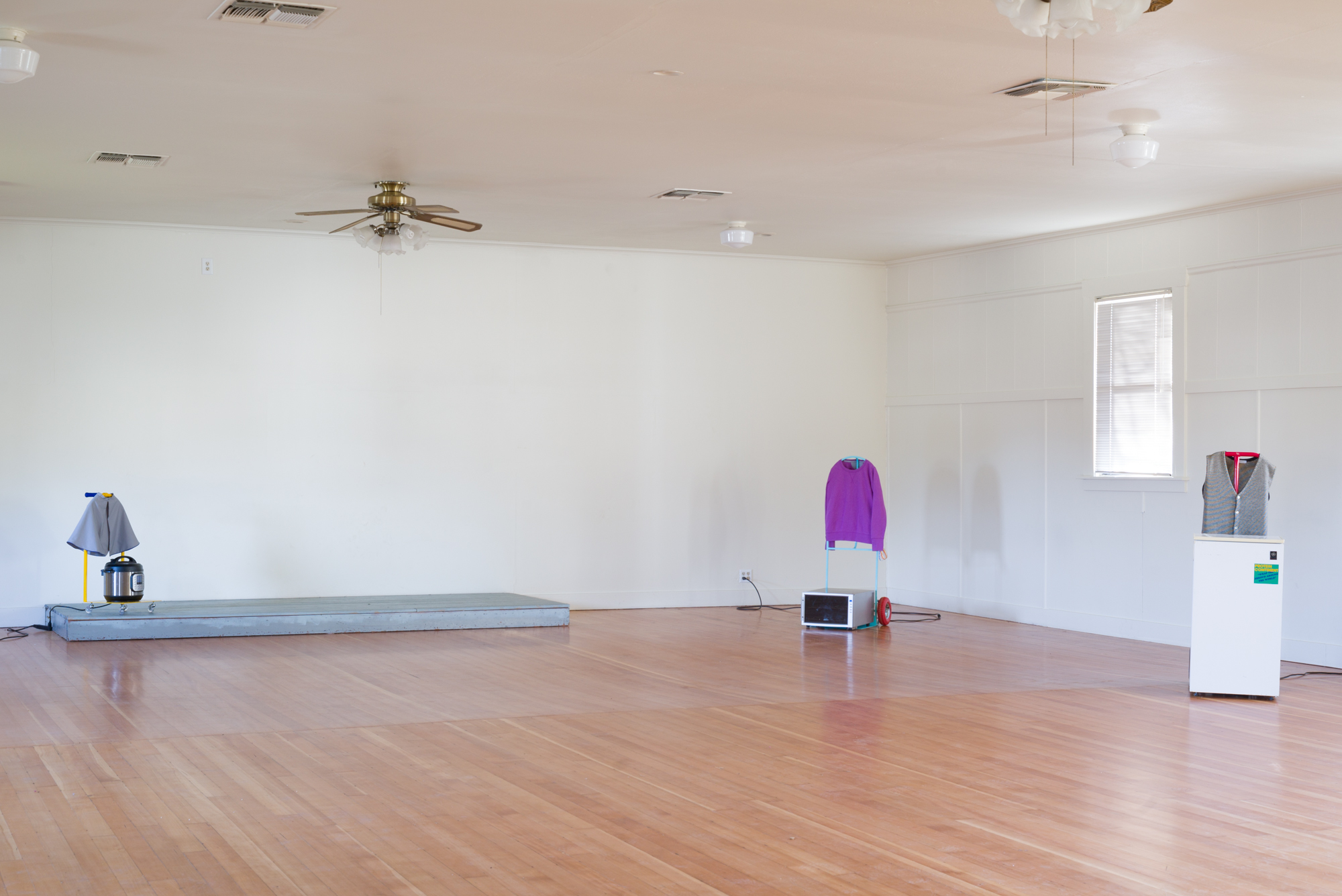 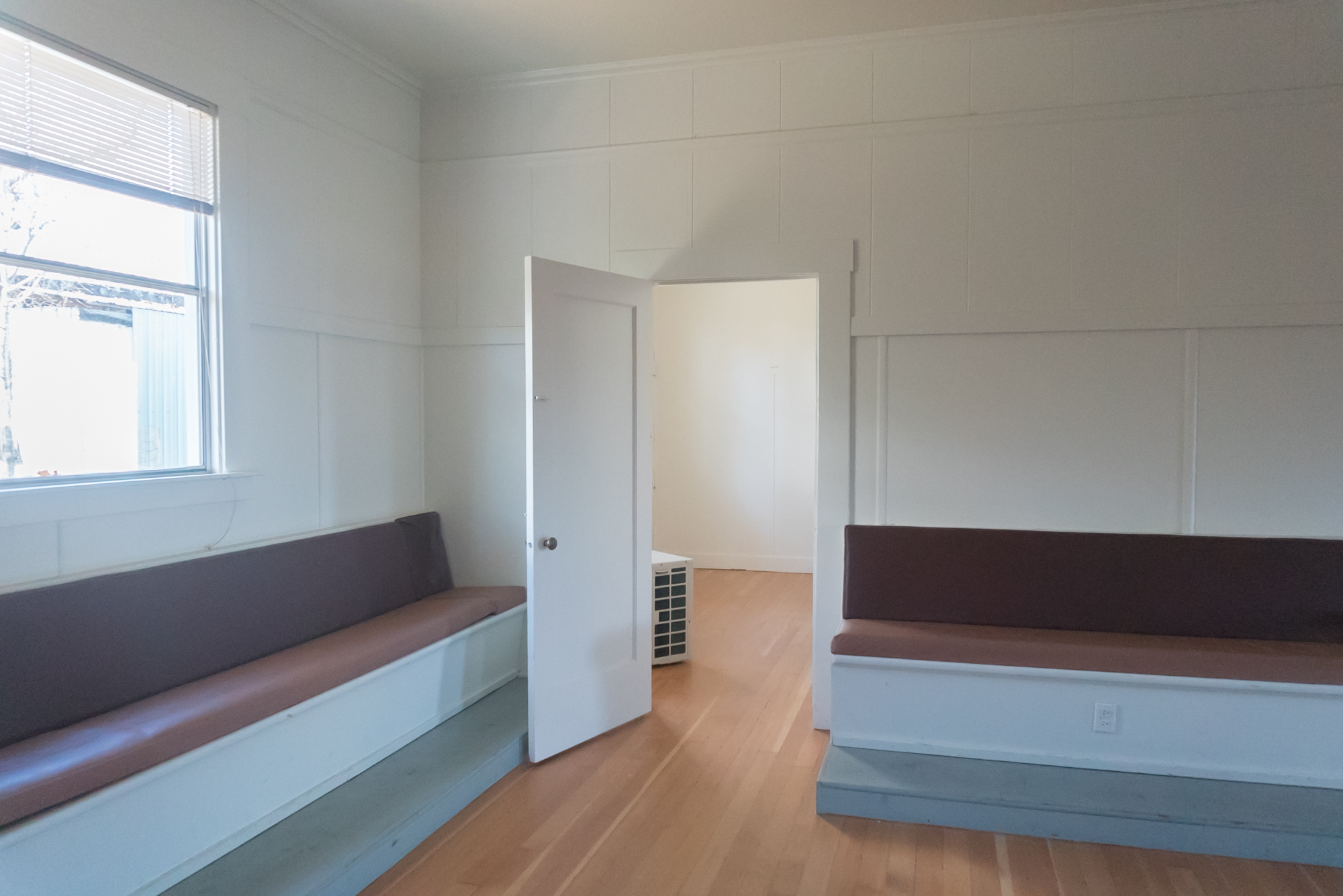 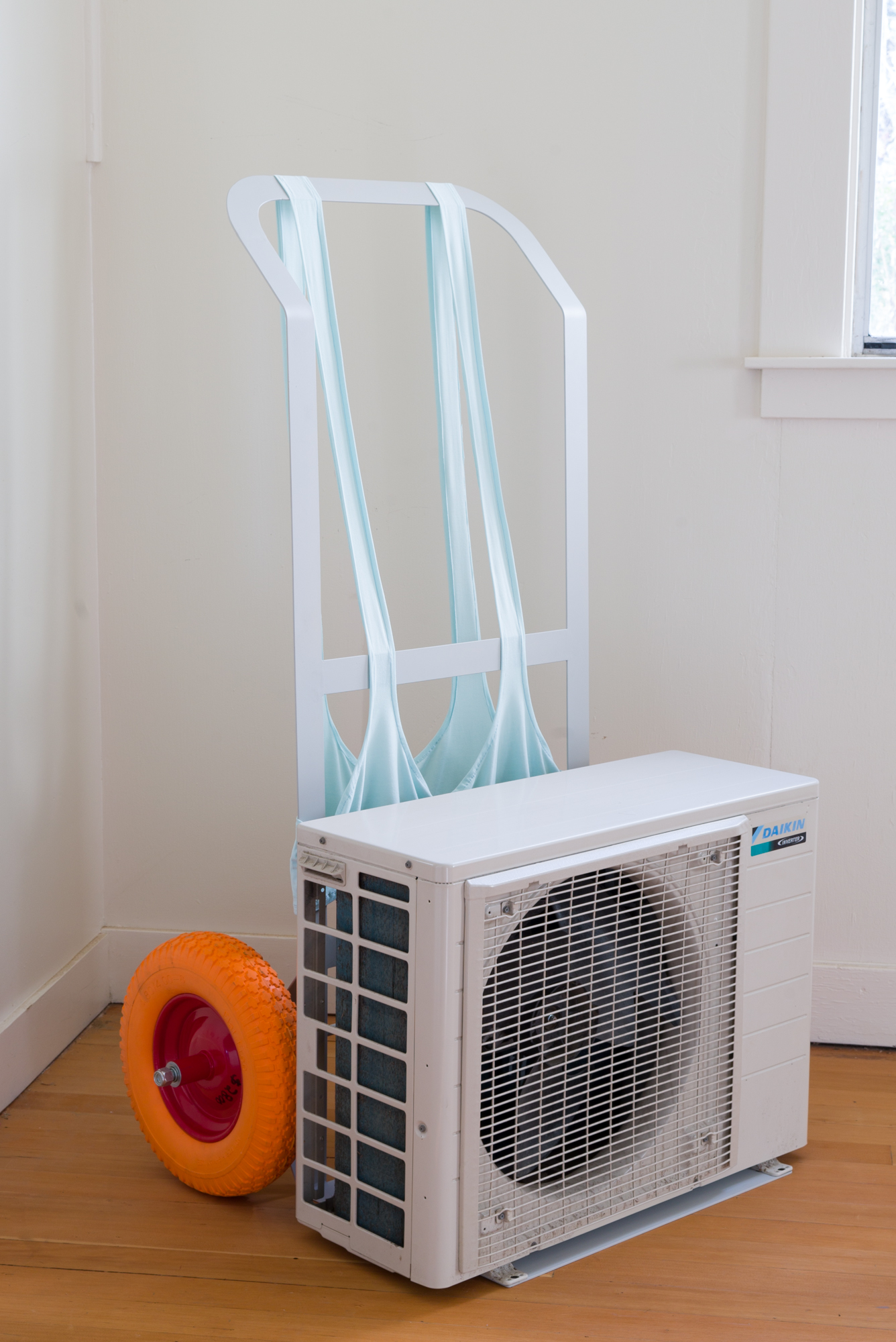 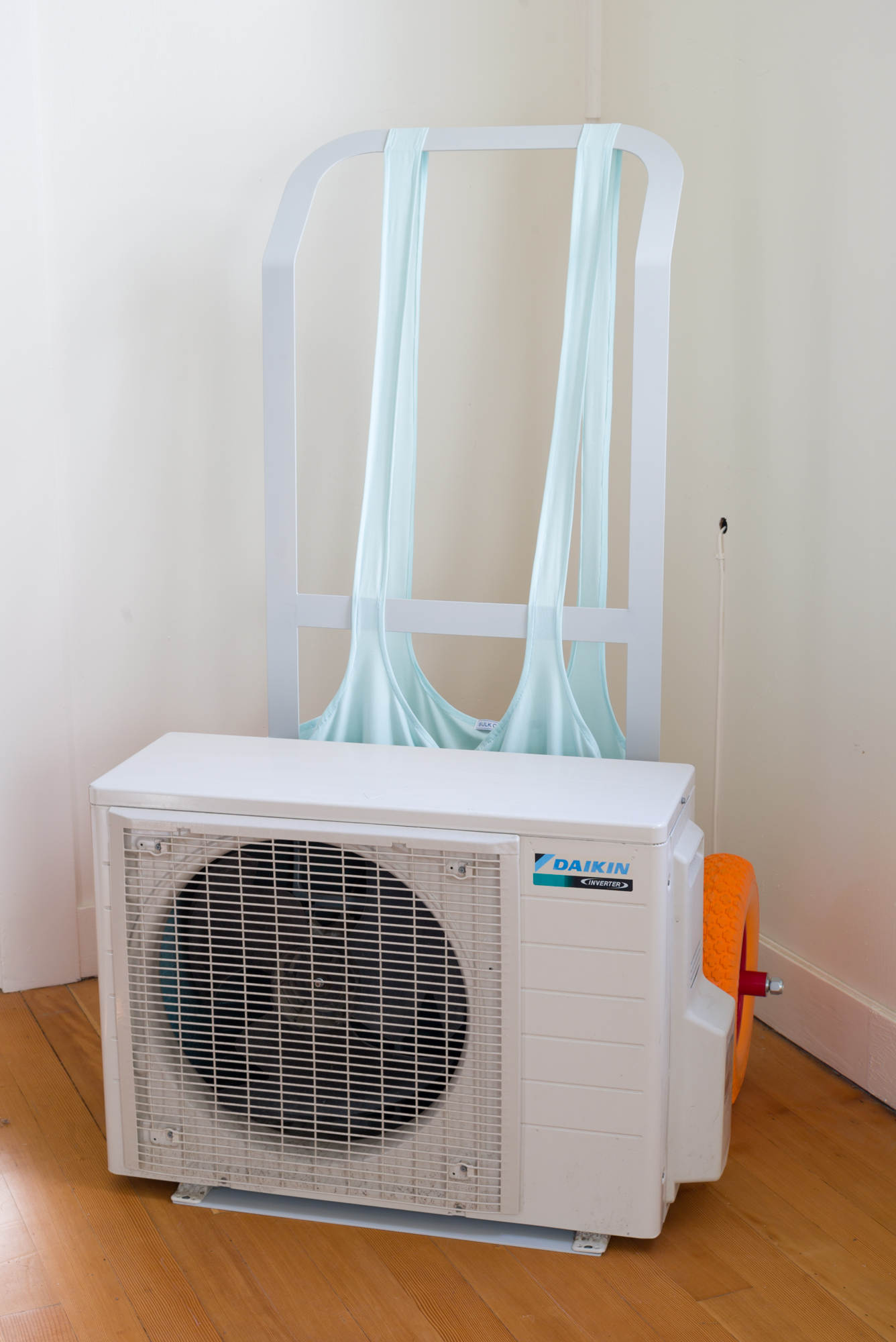 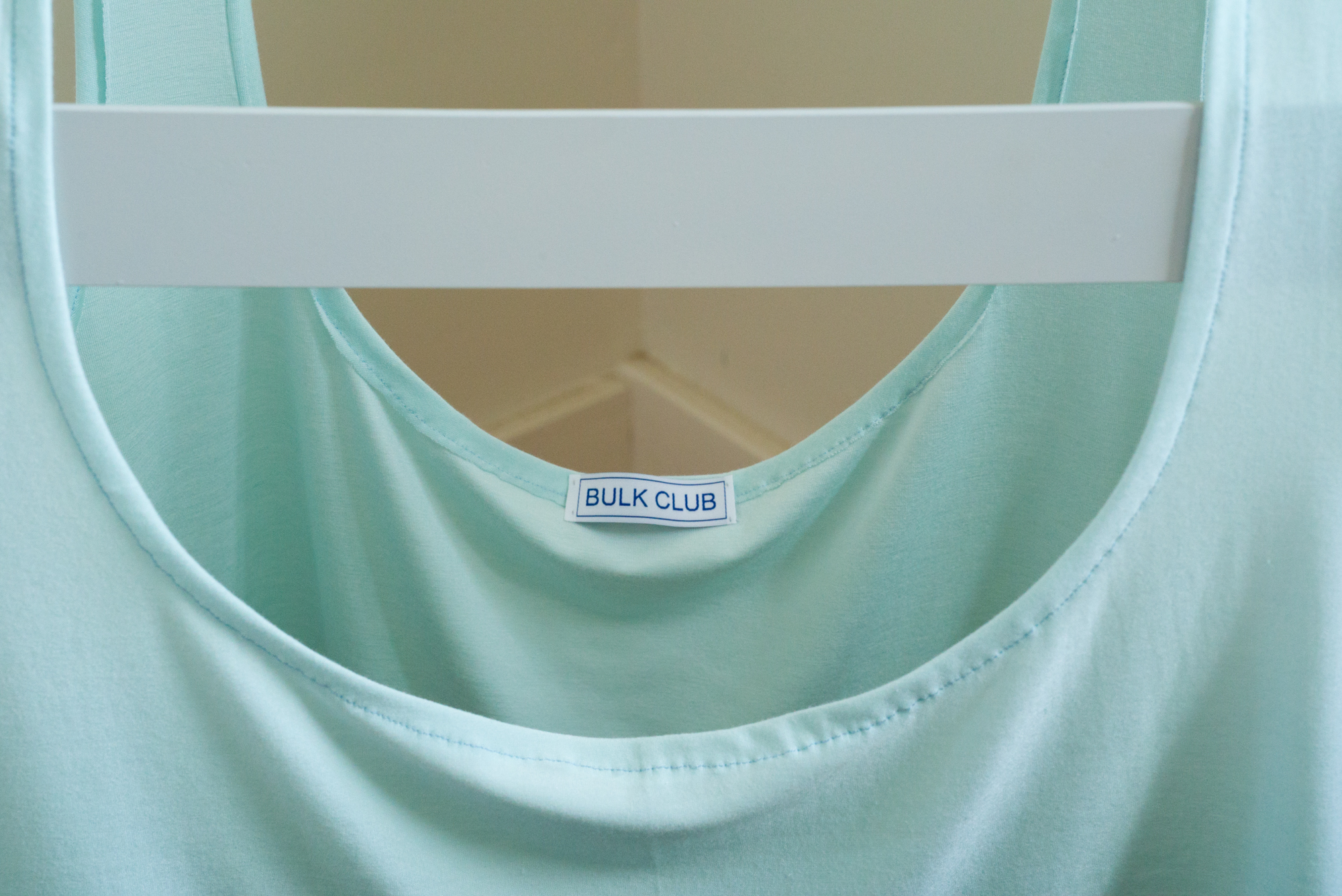 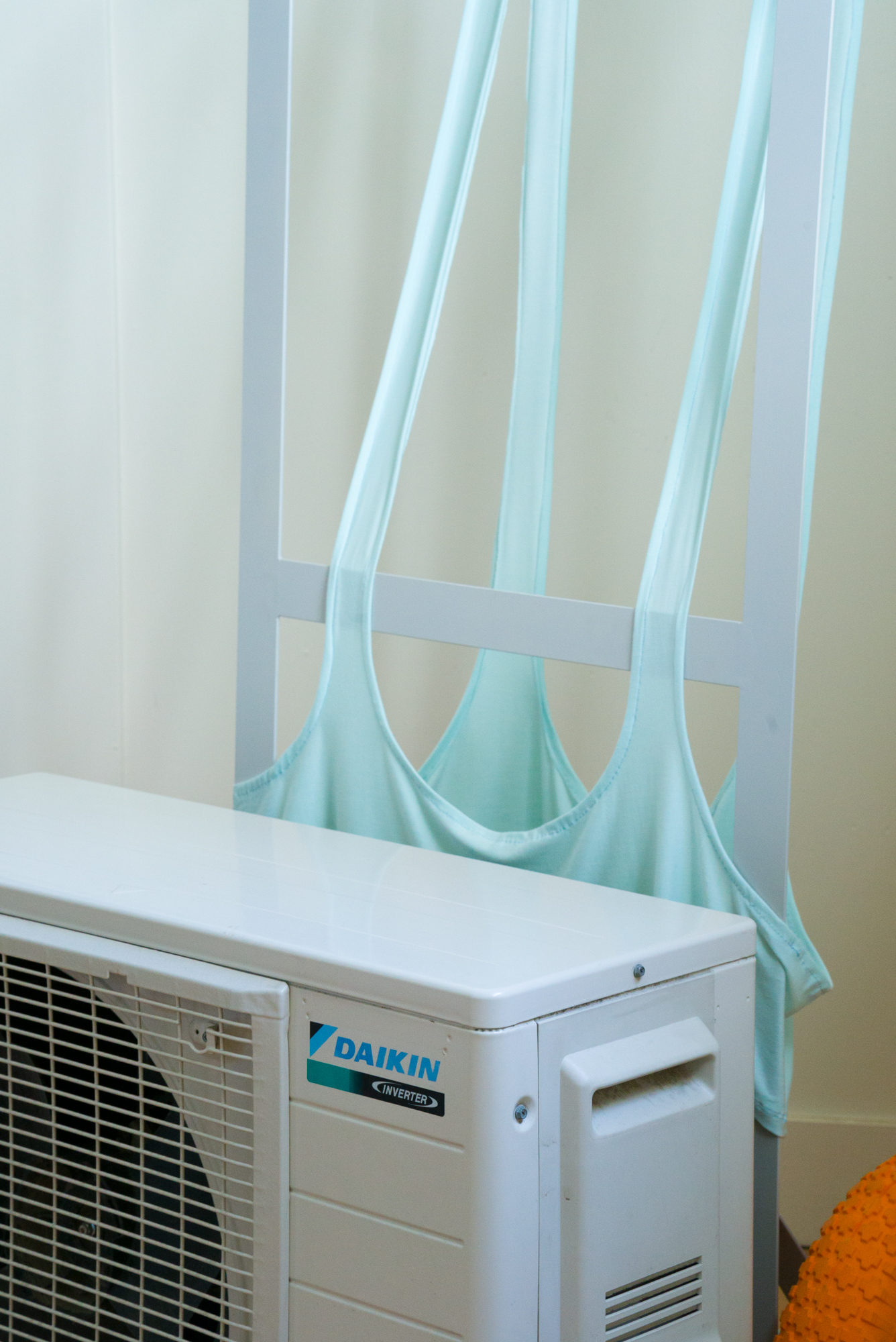 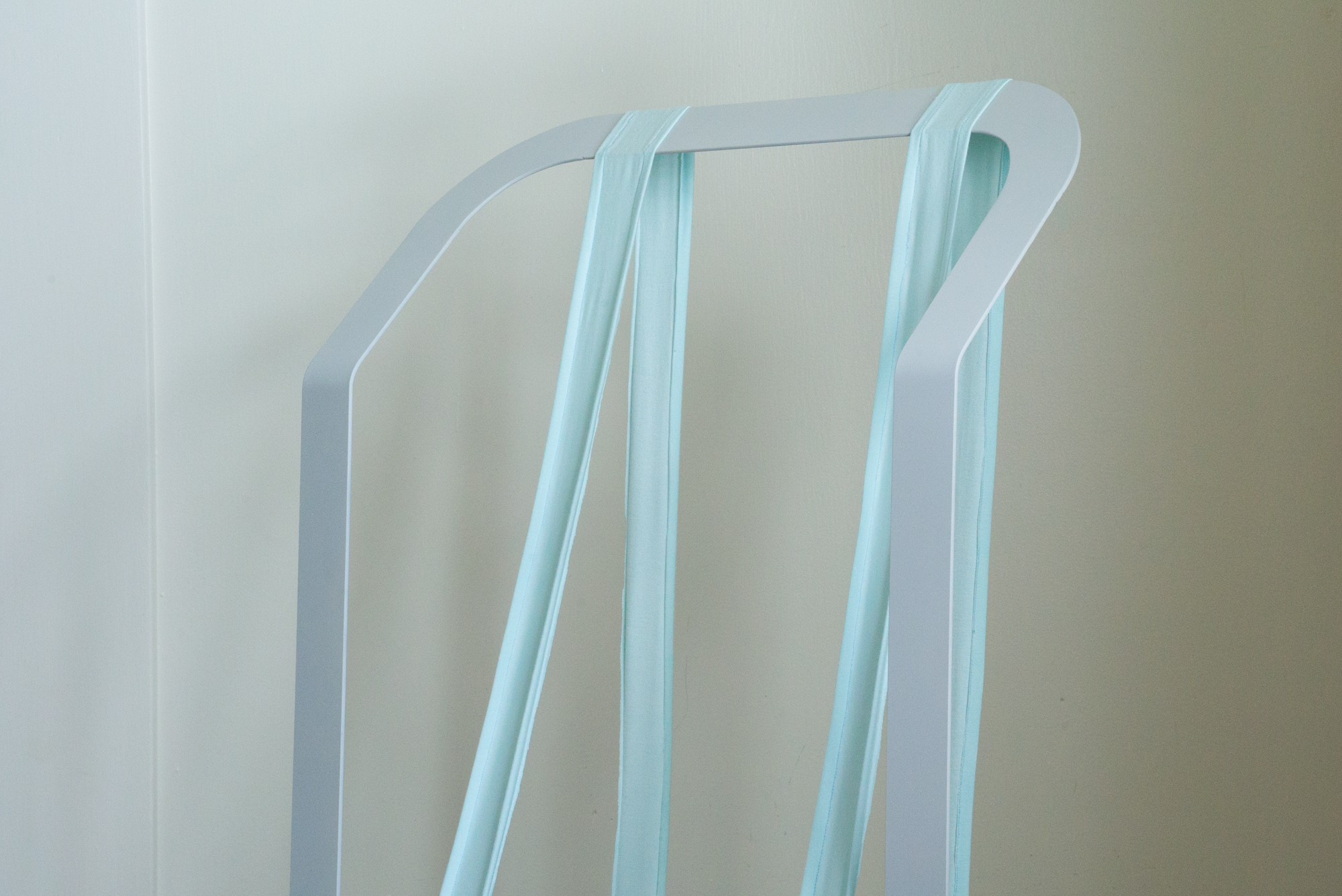 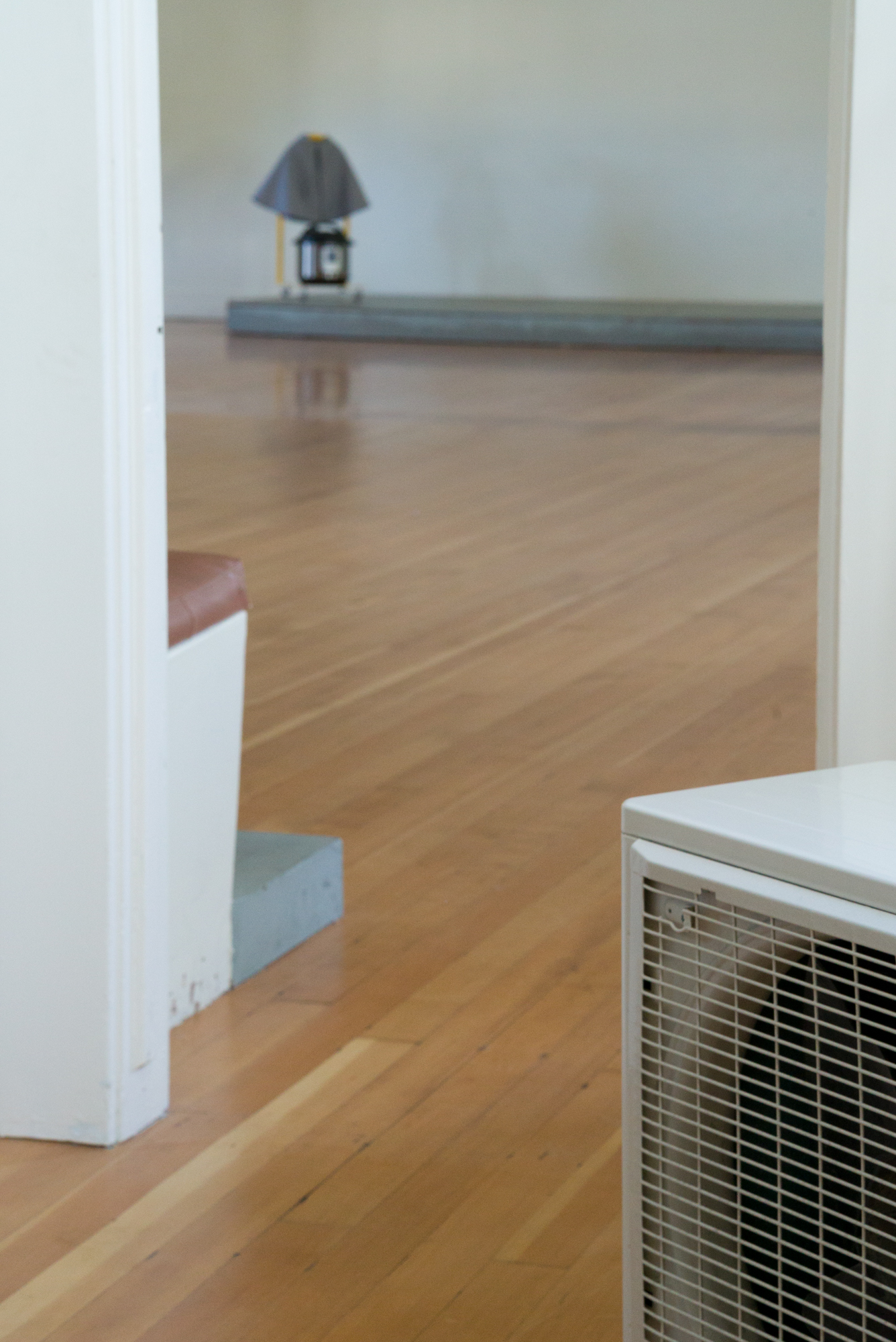 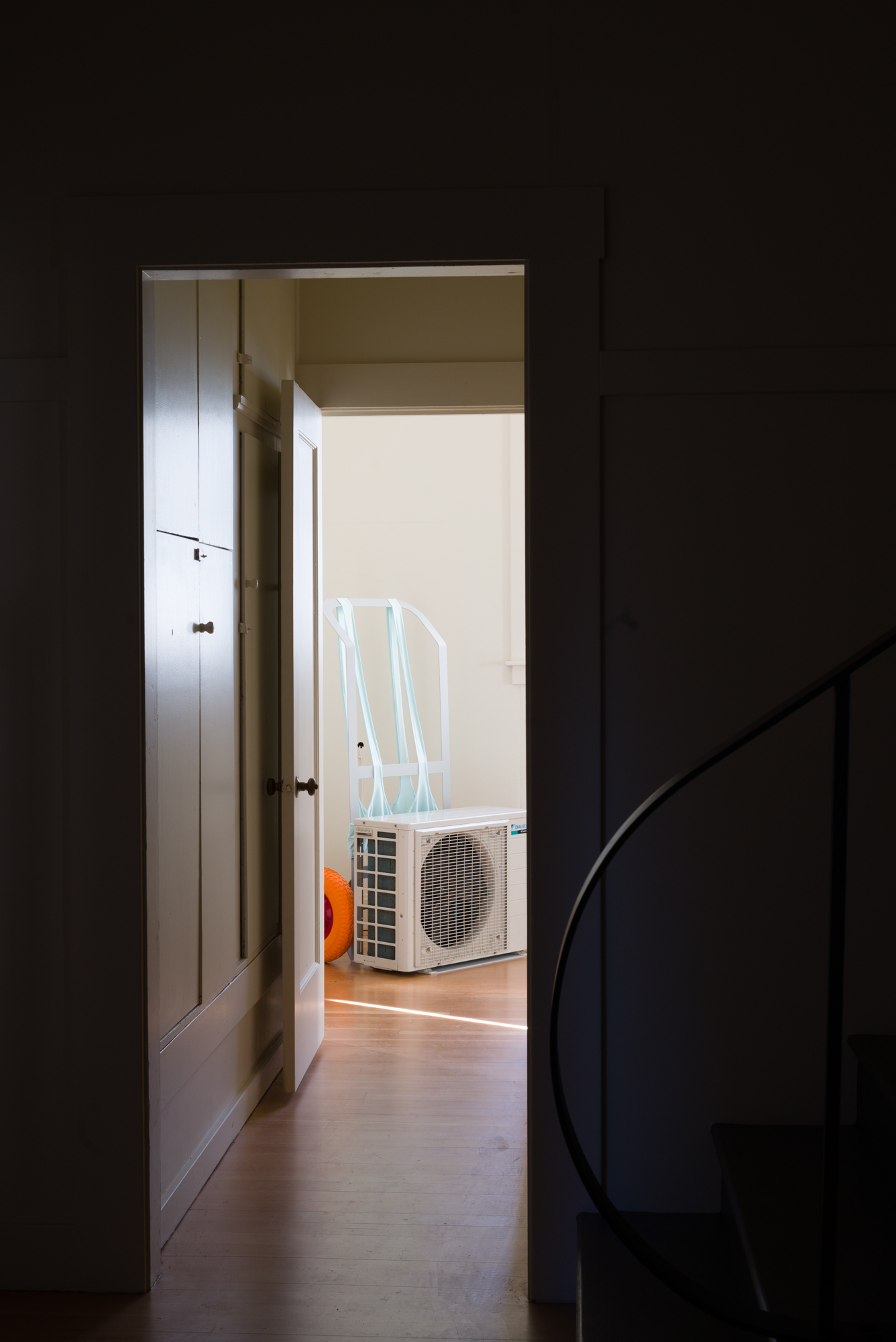 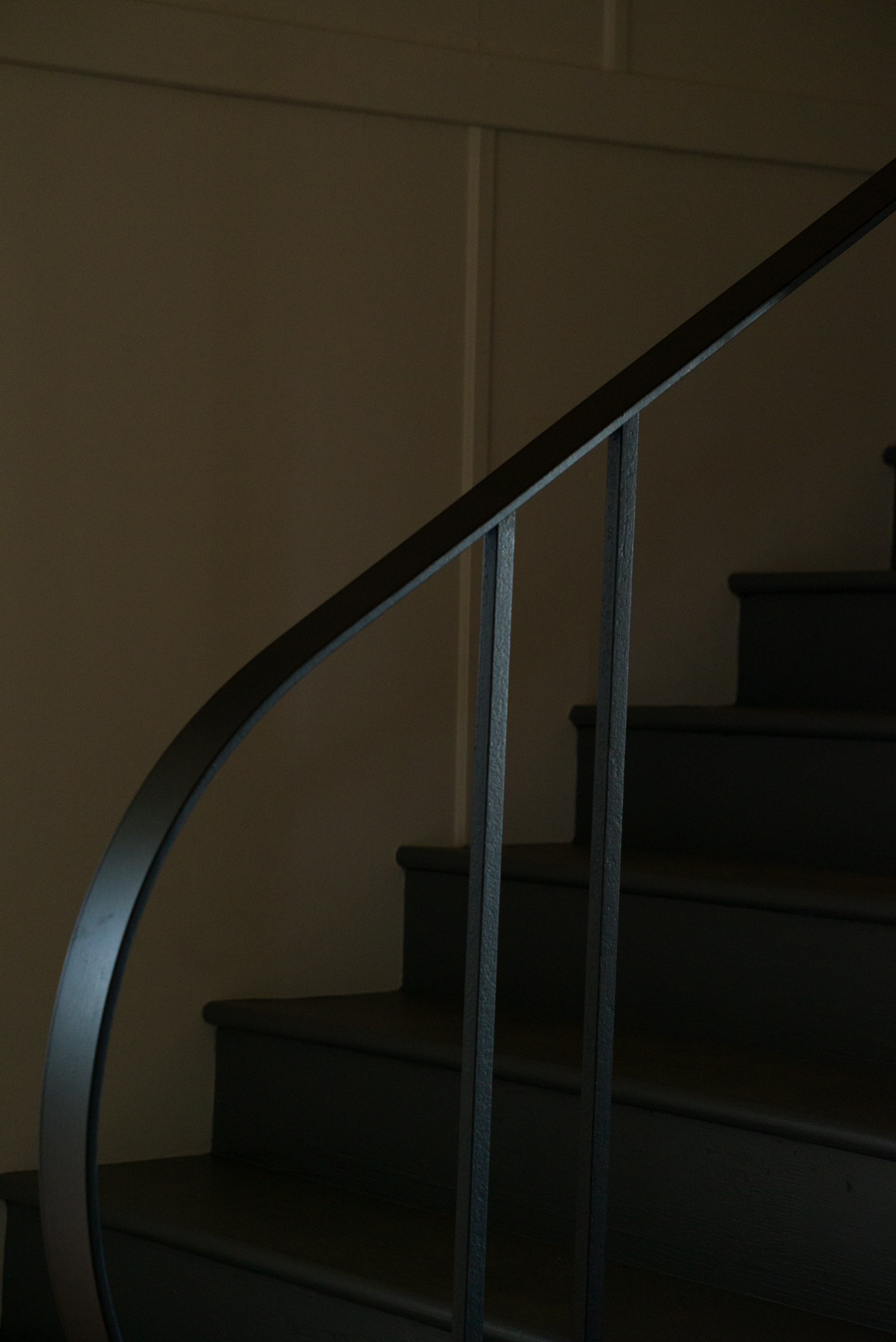 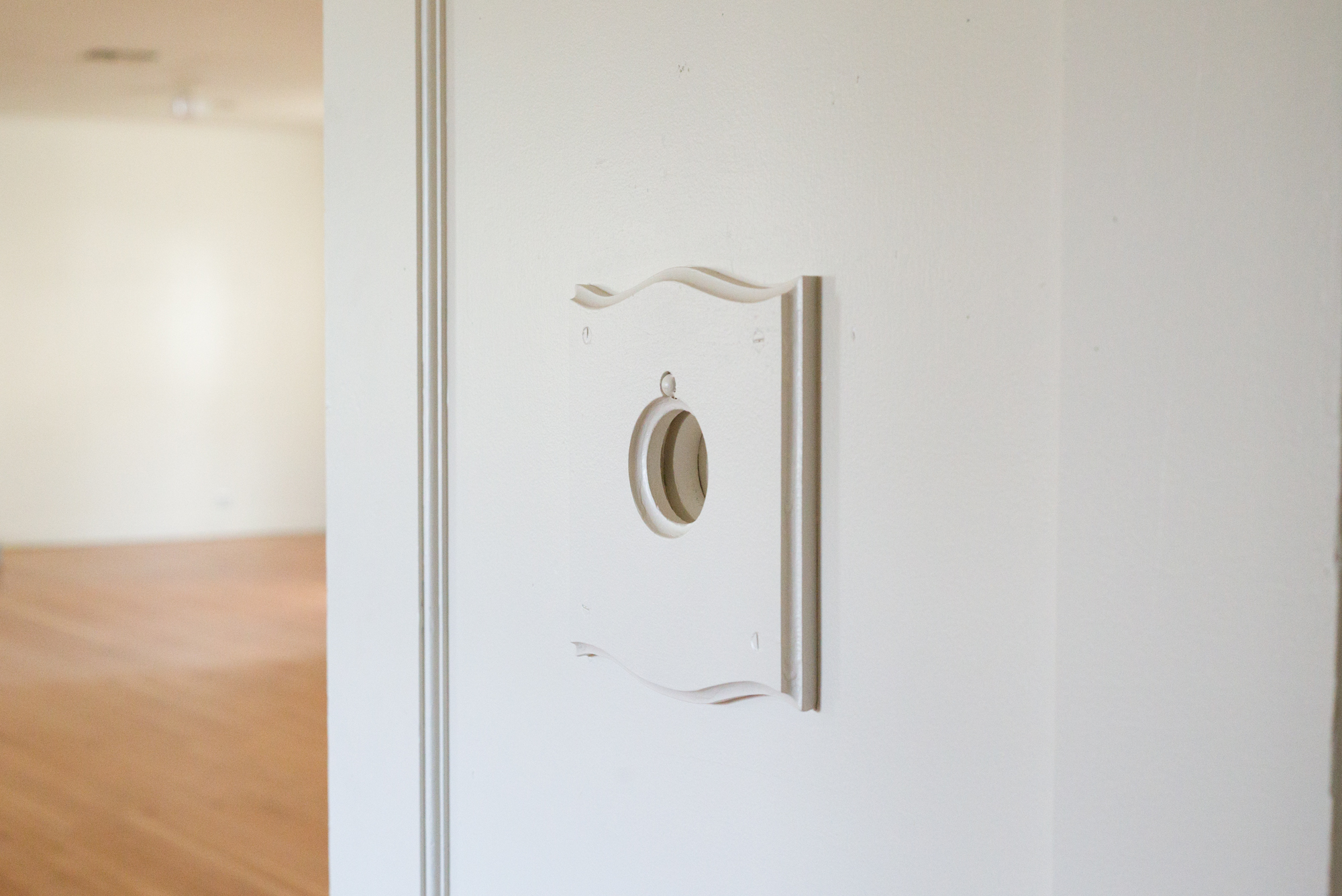 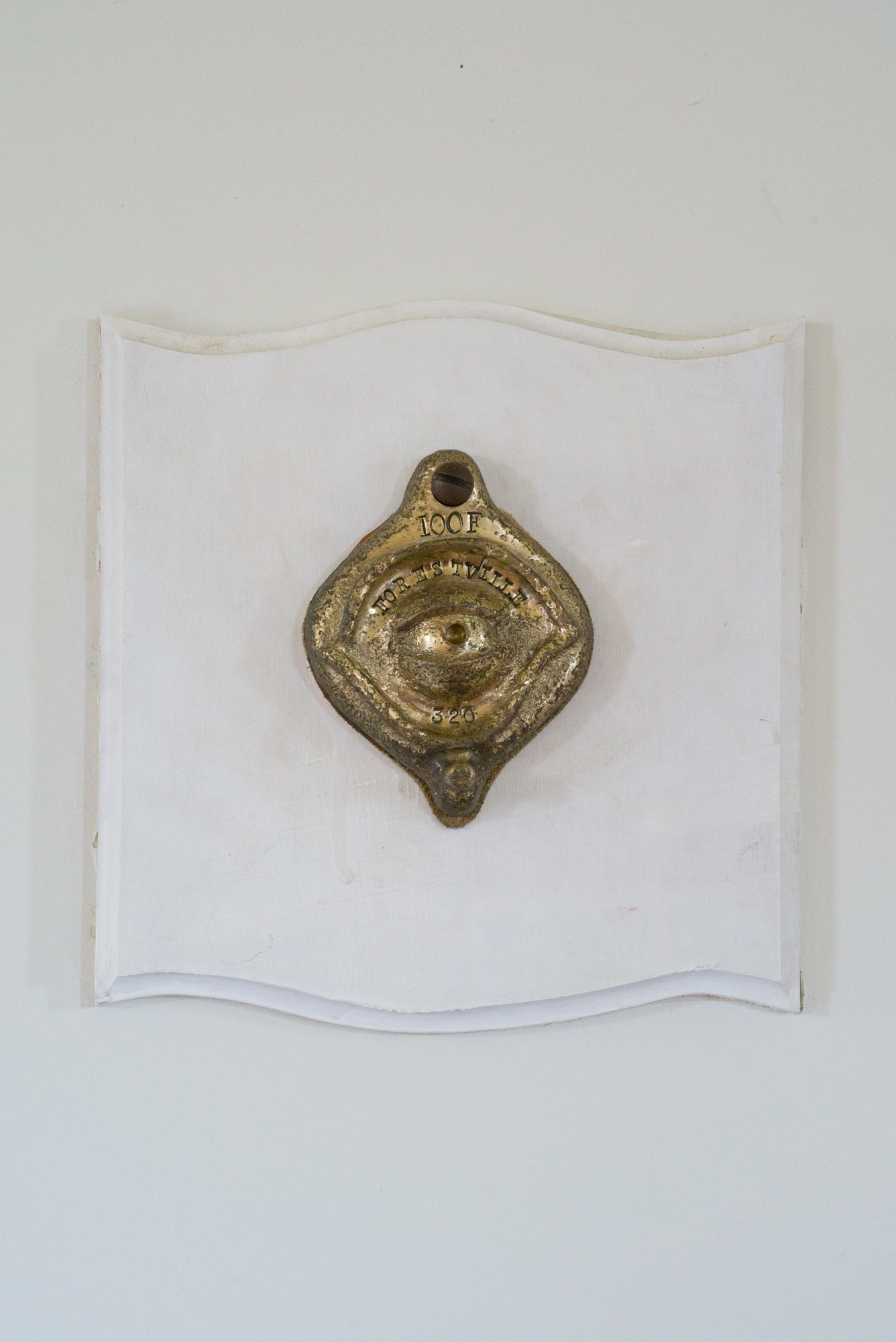 Predator (1987) is the tale of a group of heavily armed mercenaries (led by Arnold Schwarzenegger) who, while fighting a dirty war in a vaguely South American jungle, inadvertently become the prey of an intergalactic alien, coincidentally visiting Earth on solo safari. In the course of the alien’s sport, killing whatever dangerous creatures the warzone-jungles of earth cough up to challenge it, we are introduced to the advanced weapons the alien has with it: an invisibility shield, hand blades, shoulder cannon etc. The “Predator” also has a helmet that allows it to overlay different kinds of information about it’s surroundings and to replay and evaluate information it takes in. In the 80’s the idea of Augmented Reality (AR), of information overlaid on our normal vision was limited to stealth bombers and science fiction. Predator’s rendering of AR is persuasive, not just because of it’s visual beauty, but also for it’s painful honesty about exactly for whom and how such vision could and would be used. Predator Vision introduced it’s own way of thinking about information and the environment; the visible world is just one layer of reality and several others exist in parallel to be peeled away, an onion to be skinned. The understanding is that the information is already encrusted on/in the things, in the memories of others, their reviews and opinions, in the geological record or in their bare biological presence and the functioning of their bodies, it’s the job of the technology to explode that world and make it both accessible and visible. When Arnold Schwarzenegger finally realizes that the Predator can see heat, he disguises his body’s own metabolic furnace by submerging himself in cold water. Thus masked he waits for a chance to finally strike back at his antagonist.

Not long after 1987, Predator Vision went mainstream. The images that announced the beginning of the first Gulf War came to us in the eerie alien light of Predator Vision. The green night-vision images of lights moving in the sky, dust and debris expanding away from targets that were hit as if from outer space, the surface of the earth rendered as unfamiliar and distant as the surface of an alien planet. By showing us more about our world Predator Vision makes the world itself distant. The green lights, moving in space are beautiful, Jeremy Blake via Norman Schwarzkopf, their terrible significance returning only when we remember that the moving lights mean real things, that these abstractions represent lives and infrastructure.

When Google Glass, the world’s first mass-marketed AR device, was released it arrived to what was hardly universal acclaim. From the outset the press dwelt on how creepy the glasses were, how the idea that someone was talking to you, acting normally, and simultaneously taking your picture, checking their email, or making a recording of the interaction initiated a flock of scare articles – as if the worst thing that we could do would be to have divided consciousness or act deceitfully to each other things that, despite the failure of Google Glass, we seem to accomplish easily without technology. The real disappointment was the AR world Google Glass allowed you to enter was just the shittiest skins of the onion, this wasn’t the Predator Vision we wanted, instead we were now (for $1,500) able to see exactly the same things you can always see but with your email super-imposed on it. The problem was that Google Glass wasn’t creepy enough. As we fretted about creep shots and mass surveillance no one had thought to imagine what a tech-bro who gets off on non-consensual images of other people’s beating hearts seen through their clothes using some kind of heat-vision, would have been like. When can we see the warm blood circulate to one’s extremities and cool? How could we see the furnace of the stomach, burning food into joules of energy? Why can’t we look in a mirror and see the slag from the body’s furnace cool into feces inside the colon?

In web design there has been an effort to make the information transmitted via the website ‘delightful’. To this end we steer towards making not only all information both readable and useful to computers but we do so with the end goal of presenting that information visually. Think back to the orgy of infographics that burst into inboxes and social media every election cycle. Given our desire to graphically monitor and compare all of our experiences, political commitment, steps taken, heart rate, hours slept (forever, on and on) it’s shocking that we can’t monitor our eating visually. Indeed, the most common form of AR is the world-overlay of realtime location-based cellphone mapping tools, layers on maps telling us about the places to eat, their ratings, how busy they are, what others think, what the press thinks etc. If we’ve put all the effort into seeking the food outside ourselves, why so little effort to look at the food within? We have, after all, built a complex moral economy around the food experience. Questions about how the food was grown, where, by whom, and in what conditions, what the food does to us, debates about good or bad outcomes, biohacking, clean foods, nootropics etc…all of this over-determining what is truly one of our most basic metabolic functions.

How did we decide what to eat before? What are we so worried about getting wrong that we require so much information to not fail at eating? Or perhaps better to ask why we must have the ability to research micro-local cuisines from the most distant corners of the globe at the extreme cost of the entire infrastructure of the internet, the bat-befuddling wireless networks, the energy (likely extracted in a horrible way) that powers the entire system, not to mention the forced labor that builds the machinery itself. How have we allowed all of this waste at a byzantine international level all so that we can find out what other people, who may not share any of our own particular tastes or desires, think of a restaurant? To go through this effort surely the results of these choices must have extreme and long-lasting effects? Yet sadly, no: the entire drama will have to be replayed in a few short hours, once our metabolism has done it’s work. Why does this feeding system create so much anxiety, take up so much social space, when it’s only product is feces?

This is the reason why we can’t see each other’s body heat through augmented reality: it would reveal the true master, it would tear away the curtain from the heavily reviewed information circus that litters our maps with absolutely un-enlightening food criticism. The god for whom we’ve built all of this, in who’s image we erected our capitalist economy, colonized and enslaved millions of people and ruined the ecosystem, lives inside us and would be revealed if we truly possessed Predator Vision. The god inside us will not rest until he has made the entire world over in his image. Our culture is built from our economy, and our economy is made with our bodies, and our bodies are like the giant robots in the film Pacific Rim (2013) animated by tiny captains inside. We are giant robots controlled by tiny selfish shits. We have not built our society so that we might interact better with each other, treat eachother better, honor each other’s different strengths and support each other in our different weaknesses, we have built our world to serve our own feces. Why else would we choose to run perfectly drinkable, salt-free, water through our toilets? Why are we so concerned to immolate our most precious resources, water, time spent in alienated labor, on the altar of the food-experience when at the ultimate end the only thing that profits from this excess of care is poop?

Somewhere, between eight and thirteen nanometers, in the neighborhood of infrared light, there is a gap in our atmosphere. The space of the gap shifts depending on ambient conditions, but heat radiating in this frequency is not retained by our atmosphere and passes almost directly into space. If this window into space were ever closed the surface of the earth would be well too hot to support life.

We rely on this cold resource, this infinite coldness that covers the entire cosmos, we need the cold to come in through the window. I’d like to think the offering of heat through the window, the pie left on the sill to cool, is our offering to the universe, an attempt at appeasement for our caloric irresponsibility.

Like an animal revealing it’s belly to indicate that it is harmless and friendly we reveal our heat to show our gullibility. We’re harmless because we’re stupid, we’re stupid because we’ve allowed our waste to control our entire worldly life. Watching, from their distant ships, the aliens can see us, they see the heat we throw out the window. Living out there, beyond, in the midst of all that great cold, like Scrooge McDuck or Smaug living in and on the body of their obscene cold wealth, they regard us in a way we could never understand. What tiny captains pilot their bodies?